History Of Our Pub

Over the years a lot has been written about the history of The Three Tuns; the following excerpt came from an ex-Cambridge Professor who specialized in local history.

The tie beams in what had been the jettied wing (its lower part now encased in brick) display superb 15th century moulding of great quality; the decoration on the central boss suggests a corn connection.

The rest of the building was modernised in the late 16th, early 17th century when the fireplace and chimney were installed, at the same time, an upper storey was added. The present bar is situated outside the original building.

A lot of long hard thinking has produced the very sound suggestion that The Three Tuns originally housed the Trade or Guild hall of Fen Drayton.

The name Fen Drayton is intriguing. Fen is easy; it comes from the Saxon word for ‘wet’, fennig. Ton’ as everyone knows means a settlement, the word town comes from it. Dray is not so easy unless we accept the notion that like most settlements on the fen edge people lived on higher ground, for the Saxon word hill is drage.  So we have the settlement on the hill, or high ground by the wetland. Various ancient documents mention Fen Drayton as Draegtuns in 1012, Draitone in Doomsday book of 1086, as Fen Drayton in 1188, and as Fenny Dreiton in 1285. The prefix Fenny appears many times as well as fen in subsequent centuries.”

There have also been suggestions that the dining room carvings are Danish which harks back to the stories that boats once came up the brook in front of the pub heading to Swavesey which was an inland port. The boats & tradesmen were Danish and many settled in the area.

Another tale tells of the local Witchfinder General using the pub; however we’ve never found mention of a ducking seat!

Many people ask us if the pub is haunted, whilst we’ve not experienced anything untoward, locals talk of the old lady who lives in the ladies toilet who has been known to prod unsuspecting hand-washers in the back! The middle bar floor has been blamed for many a fallen glass or was it a mischievous local upset at his seat being taken….. 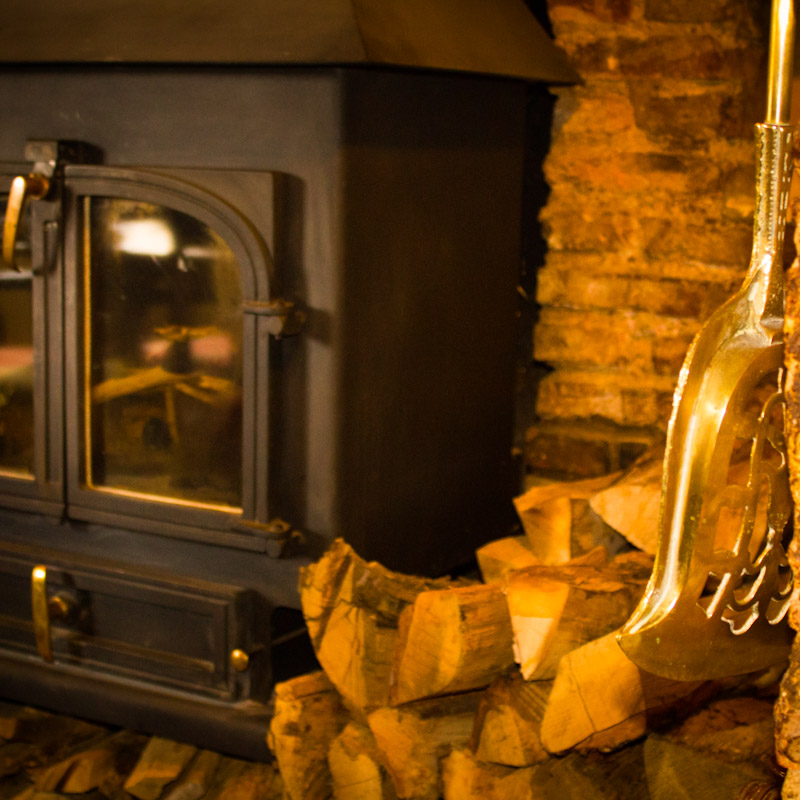 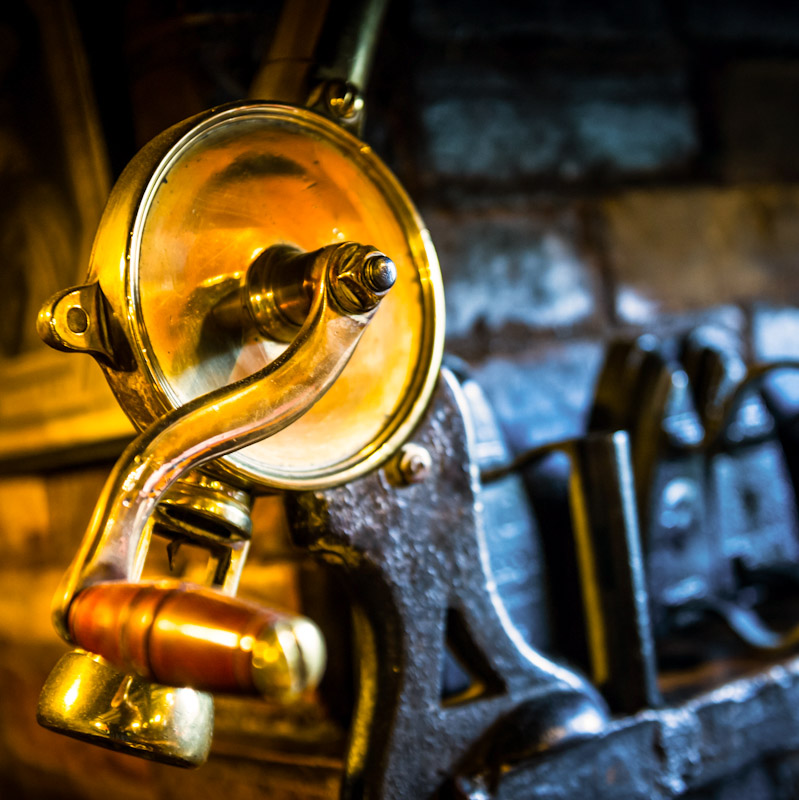 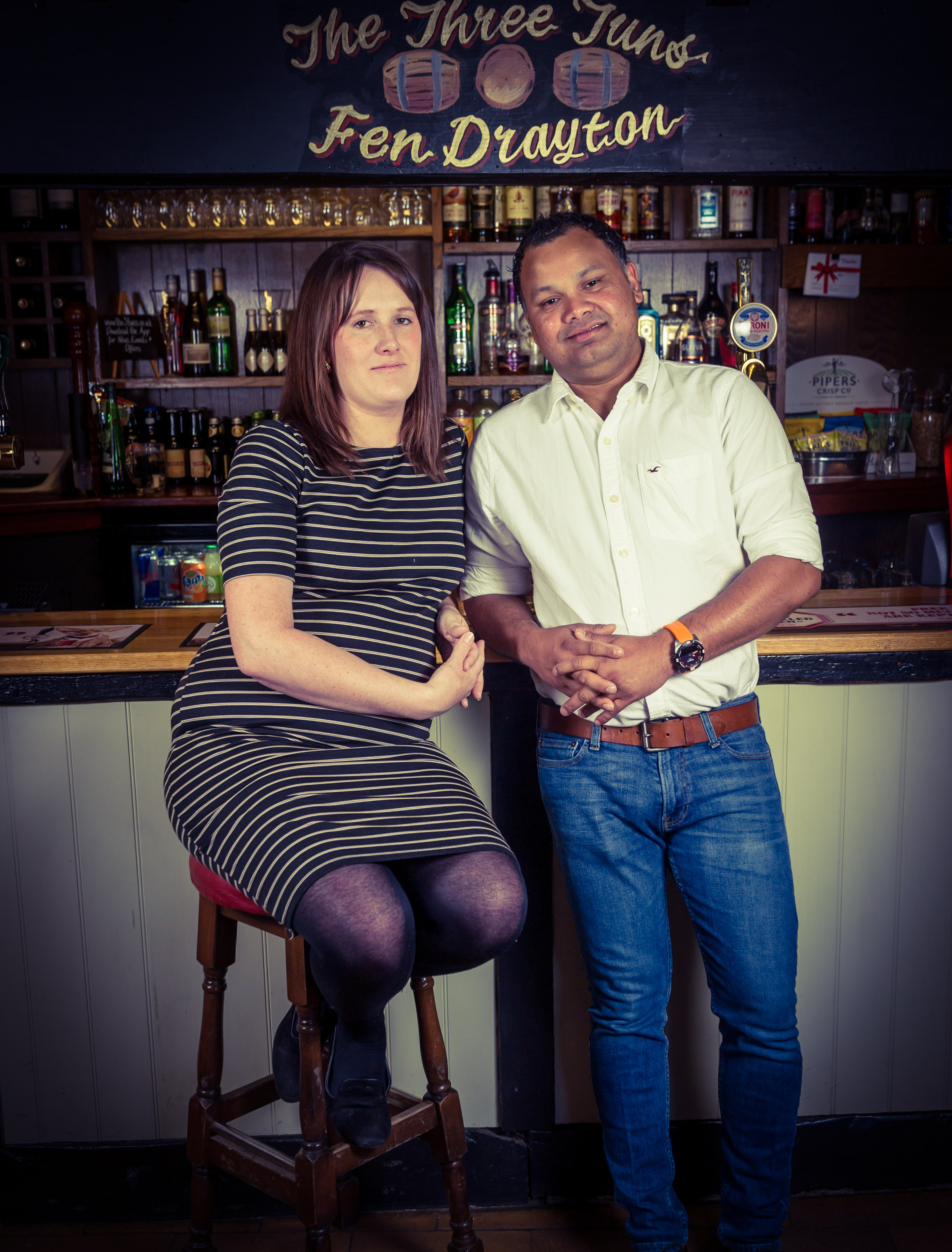 Lois and Francis, along with kids Skyler and Alliah make up the family behind The Three Tuns.

Rather than being hard headed business people, focusing only on big profits, they are a family who delight in giving good customer service and memorable experiences to all their customers, making both regulars and newcomers feel welcome.

Both Lois and Francis had long and successful careers travelling the world with Princess Cruises. They relocated to dry land in 2013, and worked with Lois’ parents Stephen and Michele in their pub The Five Bells in Burwell. Following the birth of their son Skyler in 2014, they decided to face another new challenge and run their own pub. They took over The Three Tuns in February 2015, and here they are – running a family friendly, family business.  Their ethos of hard work and customer service means they are on hand at all times to ensure visitors get the personal attention they deserve, and the two separate dining areas as well as attractive garden allows diners to eat in their preferred ambience.

The Three Tuns has been an important social institution since medieval times, even though authorities have always looked upon pubs with some degree of suspicion, regarding them as potential centres for dissent, drunkenness and disorder. Over the centuries running a pub has been an ambition for many a drinker, but few realise the effort and hard work needed to do so as successfully as Lois and Francis.

The following were the Landlords & Landladies the pub had since early 1700’s:

(If there is not an entry for a year, it is because I do not have this information. please help us to complete the data) 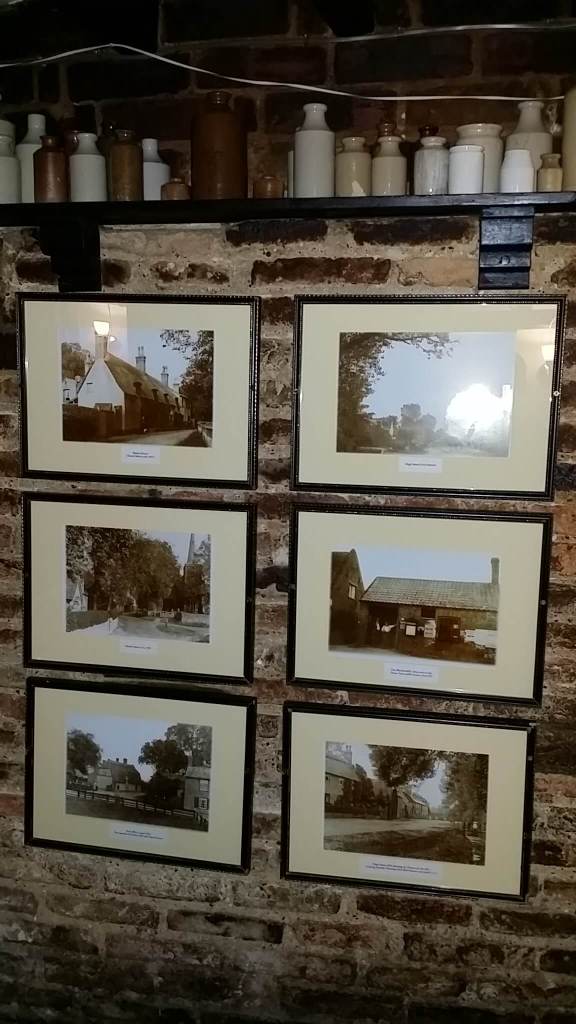 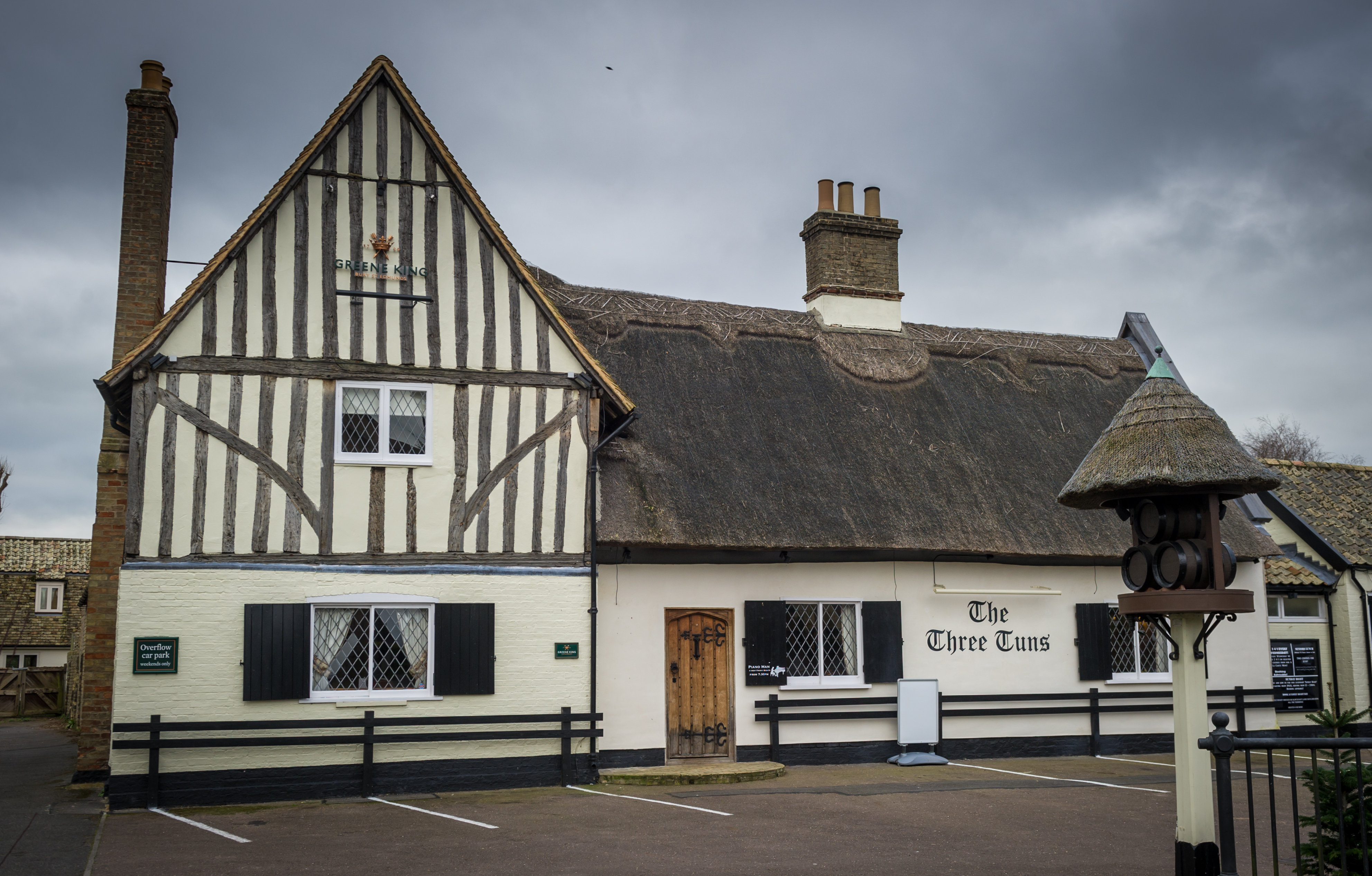 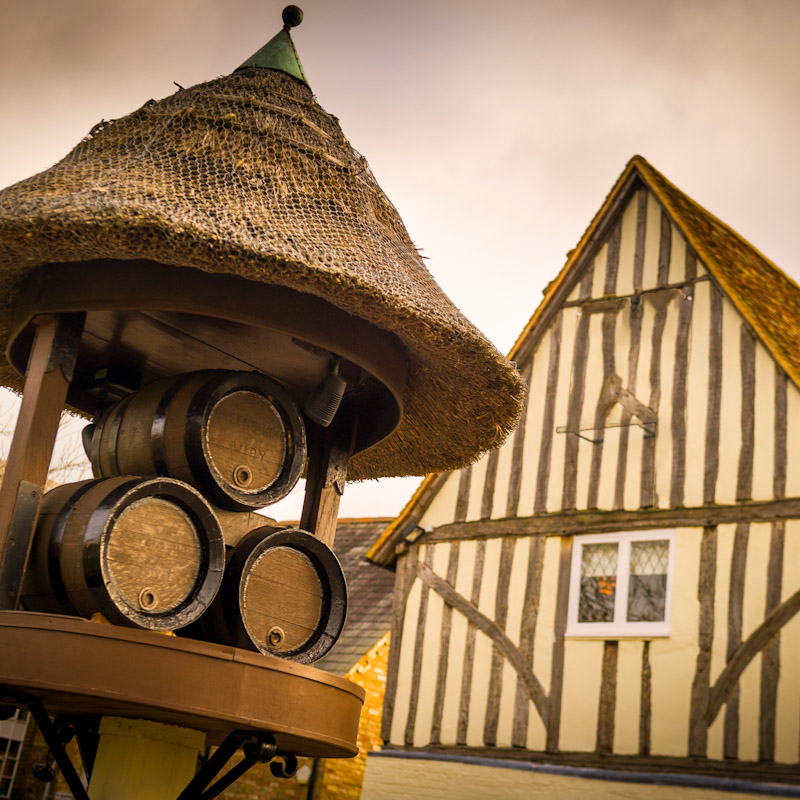 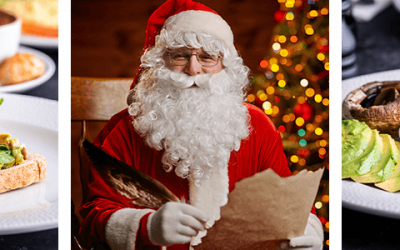 This festive season, despite a rocky start to the year, Santa’s making time to visit our beautiful pub, and he’s inviting you to share a very special time with him during your brunch visit! Your little ones will be absolutely spoilt for choice with a gorgeous...

END_OF_DOCUMENT_TOKEN_TO_BE_REPLACED 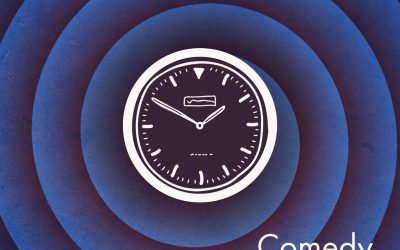 Ian Dee - Comedy Hypnotist: Performing at The Three Tuns on Friday 10th Dec. Please follow the below link to purchase a ticket.

END_OF_DOCUMENT_TOKEN_TO_BE_REPLACED 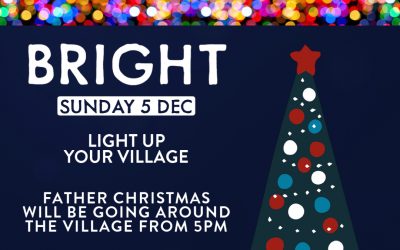 Hoping everyone is as excited for this year's light switch on as we are! Mulled wine and Carol singers at the ready for this Sunday! 5th Dec